Bellmarc Realty is close to being acquired by Connecticut-based William Raveis Real Estate, sources tell Crain's. As The Real Deal previously reported in a profile of the firm in the April issue, William Raveis has sought to enter the Manhattan market ever since expanding to Westchester in July 2009. The Real Dealranked William Raveis the 10th largest firm in Westchester on the strength of its 80 agents and 98 residential listings averaging more than $1 million in value. Bellmarc had already sold its 50-building rental portfolio to Prudential Douglas Elliman last year. Crain's could not obtain details of the deal, and neither Bellmarc nor William Raveis would comment on the pending acquisition. The Real Deal

Manhattan-based Bellmarc Realty is close to being acquired by William Raveis Real Estate, a major Connecticut residential real estate firm, according to sources.
The deal, which is expected to close next month, would mark William Raveis' entrance into the New York City residential real estate market, sources said. They add that the nutmeg-state agency has been considering buying Bellmarc for a few years. The details of the pending deal could not be immediately determined.
A spokeswoman for William Raveis declined to comment, while Neil Binder, a principal of Bellmarc Realty, did not return a call for comment.
Last year, to strengthen its top position as the city's largest manager of rental apartment buildings, Douglas Elliman Property Management acquired Bellmarc's property management business in a deal that did not include its residential brokerage business, for an undisclosed amount. According to Bellmarc Realty's website, the brokerage has roughly 250 agents in five offices in Manhattan.
Recently, William Raveis has been expanding its presence north of the city, in Westchester county. Trade publication The Real Deal ranks the brokerage as No. 10 in its list of top brokerages in Westchester county, with 80 agents and 98 residential listings valued at about $104 million. Three years ago, the brokerage entered the Westchester market by snapping up Realty 3 Real Estate, a Rye, N.Y.-based boutique brokerage firm. In a recent interview with The Real Deal, Chris Raveis, executive vice president of the brokerage, admitted that the firm was interested in the Manhattan market.
Founded in 1974, family-owned and operated William Raveis has about 2,700 sales associates and managers in 75 sales offices in Connecticut, Massachusetts, Rhode Island and New York. According to the firm's website, the company generates “annual real estate sales of nearly $6 billion.” InREALTOR Magazine's most recent listing of top real estate companies in the nation, based on 2009 sales volume, William Raveis ranked No. 11 with $3.7 billion in sales. Crains New York 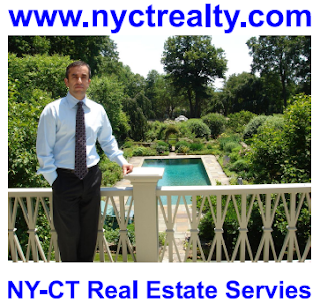