Condo Conversion in the Cards for Iconic Hotel Chelsea?


Some sexy names have been attached to the possible $90 millionish sale of theHotel Chelsea, including boutique hotel big shots Ian Schrager and Andre Balazs. But today Page Six floats a lesser-known name as the front-runner: David Edelstein, president of Tristar Capital. And though he may not have the name recognition of a Schrager or a Balazs, his plan is certainly going to turn some heads. 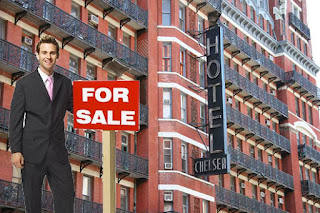 Sources say Edelstein wants to turn the bohemian landmark into a condo-hotel, adding a mix of apartments in with the hotel rooms. Hey, if the Plaza can condofy the famed Frank Lloyd Wright Suite, can't the Chelsea do the same with the Bob Dylan Room? Page Six also reports that former Chelsea manager Stanley Bard is bowing out of the bidding, probably because his head exploded as soon as he heard the c-word.
· Close on Chelsea [Page Six]
· Hotel Chelsea coverage [Curbed]